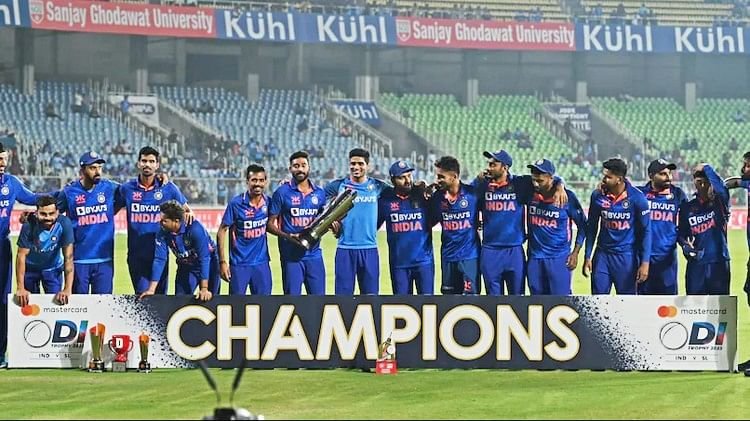 Team India is playing a three-match ODI series against Sri Lanka at home under the captaincy of their regular captain Rohit Sharma. In the first two ODI matches, India got an unbeatable lead of 2-0. Today in the final ODI India won the toss and elected to bat first. After batting first Team India got a tremendous start and Team India reached a total of 390 in the given 50 overs. Virat Kohli scored his 2nd consecutive century in this game and scored 166 runs in just 110 balls with the help of 13 fours and 8 towering sixes.

The Sri Lankan squad first seemed to be struggling to reach their target. Only three Sri Lankan batters could reach the double digits prior to India’s accurate bowling. Mohammed Siraj got four wickets for India, and Kuldeep Yadav and Mohammed Shami each took two. The Sri Lankan squad was bowled out in this manner for just 73 runs. With this triumph, Team India not only won the series 3-0 but also made many big records with this win.Team India became the first team to defeat the opponent by a margin of 300 or more runs in men’s ODI international cricket.

This record was previously under the name of Kiwis. In the year 2008, New Zealand beat Ireland by 290 runs. Australia beat Afghanistan in 2015 by a score of 275 runs. During the same period, South Africa defeated Sri Lanka by 258 runs in 2012 and Zimbabwe by 272 runs. However, the New Zealand women’s cricket team holds the biggest victory record in this scenario. The women’s cricket team from New Zealand beat Pakistan by 408 runs in 1997. Along with this, Team India also surpassed the record for most wins against a single team.