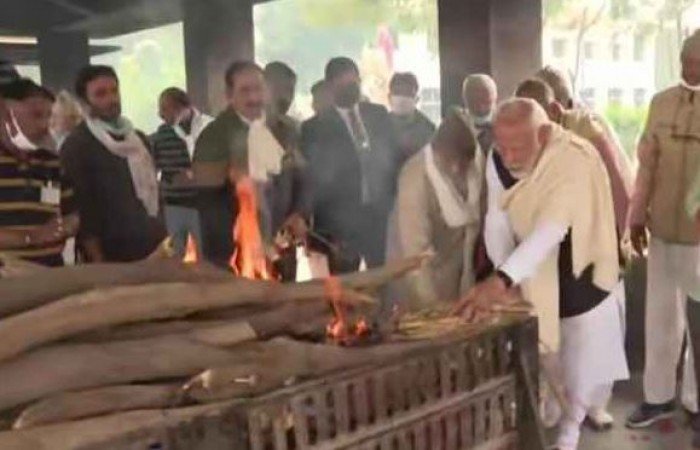 There is a piece of very sad news coming to fore for the countrymen, Heeraben, the mother of Indian Prime Minister Narendra Modi, has merged into Panchatattva. PM Modi himself ignited his mother’s funeral pyre. At a cremation site in Gandhinagar, Gujarat, she was simply cremated. We regret to inform you that Heera passed away today, Friday, at 3:30 am. She was a century old.

Let us inform you that at Ahmedabad’s UN Mehta Hospital, Hiraben passed away. Her body was then delivered to Pankaj Modi, the younger brother of Prime Minister Modi. where PM Modi arrived and paid her homage. PM Modi then put his shoulder to his mother’s body. PM Modi earlier paid homage to mother Heeraben while informing people of her passing. In reality, Heera Ba, the mother of the PM, had trouble breathing on Tuesday. In addition to this, she also complained of having phlegm.

After this she was quickly admitted to the UN Mehta Hospital in Ahmedabad’s Cardiology and Research Center. However, she has since bid this earth farewell. Everyone’s eyes were flooded with tears during PM Modi’s mother Heera Ba’s final visit. PM Modi also displayed a strong sense of emotion during this.