‘We have not recovered anyone surviving from the accident,’ Nepal army spokesperson 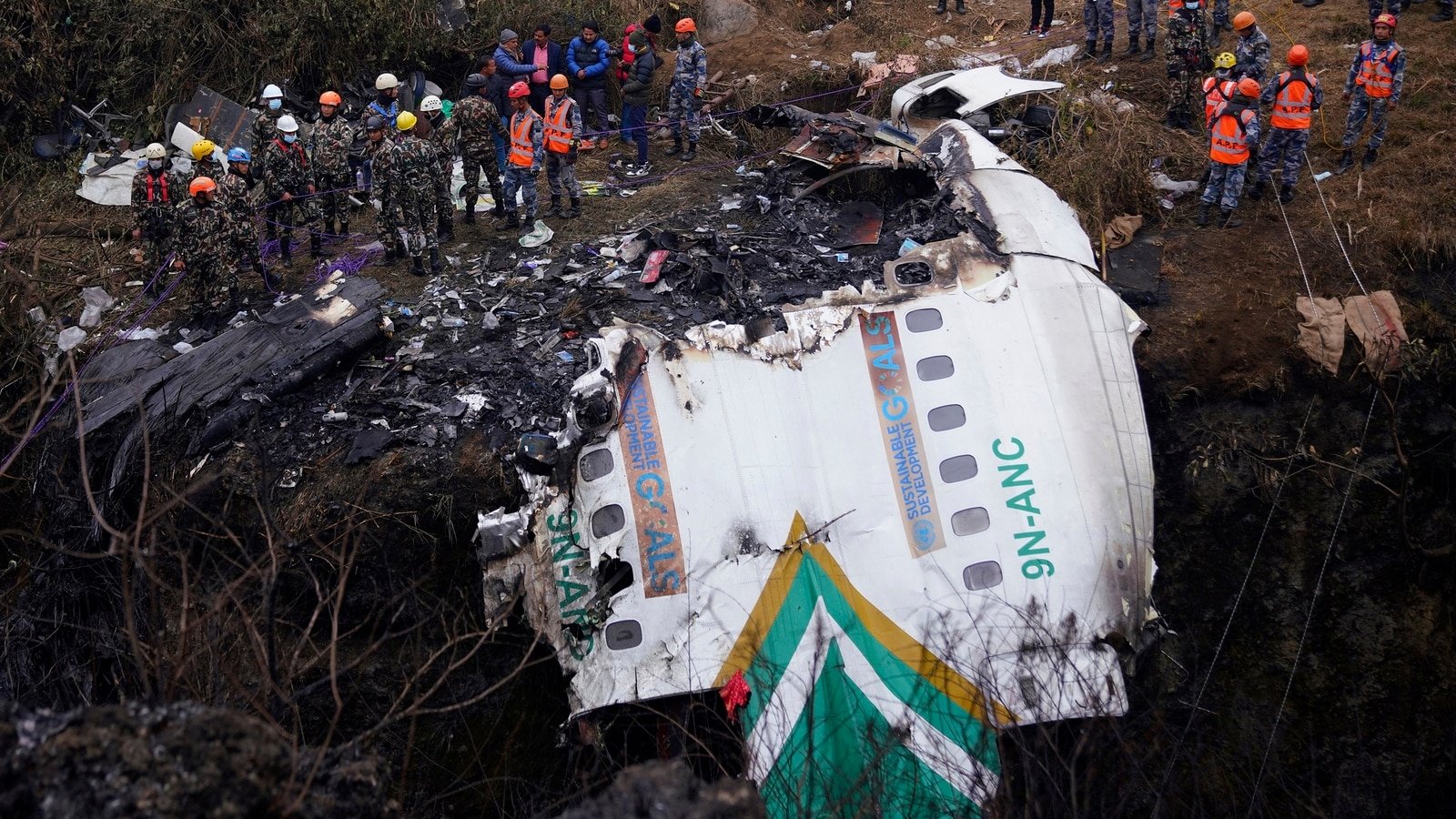 An aircraft crash that occurred in Nepal on Sunday (January 15) afternoon is widely believed to have killed all 72 persons. Following this disaster, the Nepali Army carried out a search operation and found 68 corpses. Additionally, the plane’s black box from the Monday morning catastrophe has been found. The army said on Monday that not a single passenger had survived. 72 persons in all, including 4 crew members and 5 Indians, were on board. According to Krishna Prasad Bhandari, spokesman for the Nepal Army, “We have not removed anyone surviving from the accident scene.”

According to the reports, the Yeti Airlines aircraft also included 5 Indian passengers. They were all citizens of Uttar Pradesh’s Ghazipur and Varanasi who traveled to Nepal to explore the Pashupatinath temple. Prior to the disaster, one of the Indian passengers recorded a video from the trip and shared it on social media. This young guy, so it is said, was a Ghazipur citizen. He may be seen in the footage gazing out the window of the plane.

Let us tell you that Sonu Jaiswal (age 35), Abhishek Kushwaha (age 25), Vishal Sharma (age 22), Anil Kumar Rajbhar (age 27), and Sanjay Jaiswal were the five Indians aboard the accidental aircraft (35). Sonu lived in Varanasi, Uttar Pradesh, of all of these. Another passenger mentioned that they too intended to enjoy paragliding. In addition to the five Indians, the plane was also carrying four Russians and an Irish citizen, according to a statement made earlier on Sunday by Nepal’s Civil Aviation Ministry.