Messi’s World Cup win was predicted 7 years ago by his fan on Twitter, have a look 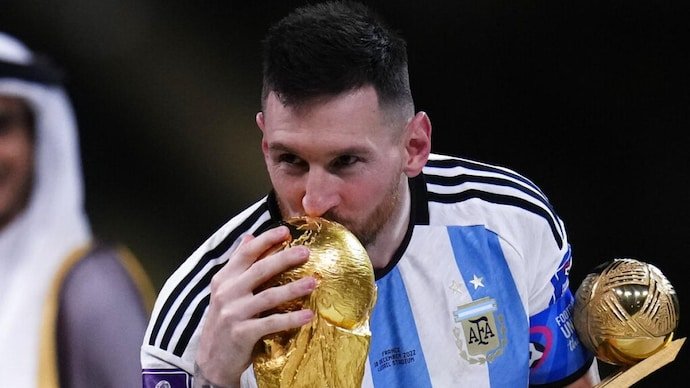 The crown of FIFA World Cup 2022 has been gained by Argentina. Yes, and Lionel Messi’s ultimate wish has also been fulfilled with this win. The fact that this was Messi’s final competition makes it clear that it was kill or be killed for him. But he made it unforgettable. Messi has taken part in four World Cup finals, however he has never taken home the trophy. Additionally, he played his fifth World Cup final on Sunday, making history in the meantime. However, the tweet from one of his followers is now becoming viral along with this feat.

In fact, this tweet seven years ago foretold Messi’s win. Let us inform you that the Argentine team had a difficult start to this contest and suffered a loss against Saudi Arabia. People had the perception that Argentina may not even be able to take part in the semifinals at the moment. Despite the fact that Messi served as the team’s captain as they won the global championship. After 36 years, Argentina is the new world champion. This 7-year-old post is going viral in the midst of all of this.

This tweet made the precise estimation. In fact, Argentina would win the 2022 World Cup, according to a tweet from @josepolanco10 years ago. Yes, it stated that on December 18, 2022, in Qatar, Lionel Messi will win the World Cup for the first time at the age of 34. Additionally, it was stated that the item would be checked in 7 years. However, the reality of that prophesy has become a reality.