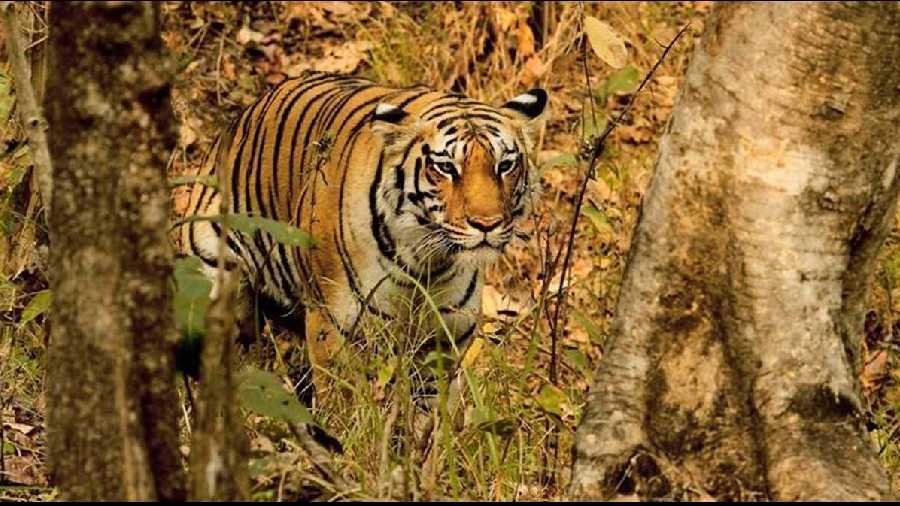 There is a piece of good news coming to the fore from the country’s heart Madhya Pradesh. Here In the district Seoni’s Pench Tiger Reserve, Tigress T-4 has given birth to four cubs. The tigress has given birth to 20 cubs so far in a total of five pregnancies. Let me tell you that this tigress, called T-4 and popularly renowned as Patdev, was born in 2010 to “Supermom Collarwali Tigress,” who is legendary for having given birth to 29 cubs.

Let us inform you that, Rajneesh Singh, the Pench Tiger Reserve’s deputy area director, reported that on January 9 tourists also observed four Patdev Tigress (T-4) pups during a safari. He claimed that this was the fifth time this tigress had given birth to cubs in the Pench woodland. Prior to this, this tigress had gotten pregnant four times, between the years of 2014 and 2020, producing a total of 16 cubs. The tigress gave birth to four cubs for the first time in 2014, two of those male could not survive. The others remained with the tigress until they were old enough.

This tigress has given birth to 4 cubs for the fifth time, according to Rajneesh Singh. The tigress has so far given birth to 20 cubs in 5 pregnancies. According to him, the T-4 tigress is currently 12 years old and is in peak physical condition. He claimed that on Monday morning, four cubs about two months old came wandering on the road behind the Patdev tigress when she crossed the unpaved forest road in front of the safari guests. Visitors were ecstatic to see the tigress with her four little cubs. On their phones and cameras, tourists captured images and videos of tigers and young cubs. On the internet, there are numerous videos of the tigress and her cubs which are currently going viral all over the internet.