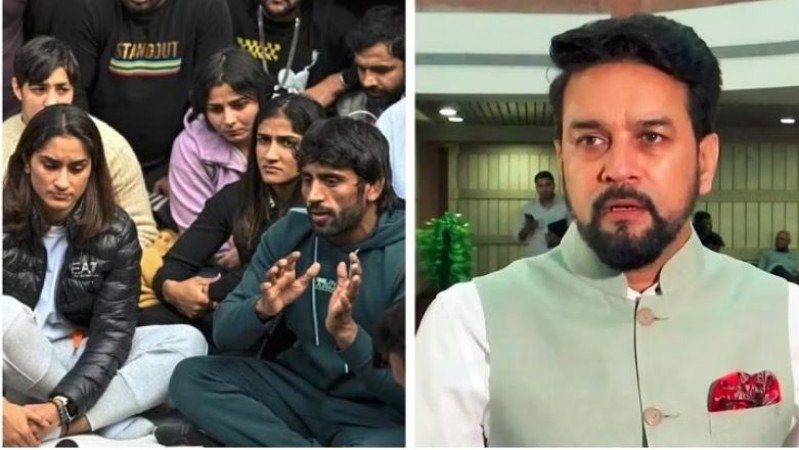 Brij Bhushan Sharan Singh, the head of the Wrestling Federation of India (WFI) and a BJP member of parliament, has summoned a news conference in response to accusations that he sexually exploited female wrestlers. Anurag Thakur, the Union Sports Minister, has told him not to speak to the media at this time, yet he has scheduled this press conference. Anurag Thakur, the sports minister, reportedly requested Brij Bhushan Sharan Singh not speak to the media or issue any statements on the charges against him on Friday, January 20. The Sports Minister claimed that making a statement on the accusations made against him in the media would just make things more complicated.

As previously mentioned, the Thursday night meeting between renowned Indian wrestlers and Union Sports Minister Anurag Thakur had no results. The wrestlers vehemently refused to budge on the government’s demand to quickly disband the Wrestling Federation of India. On Thursday night, the second day of the wrestlers’ protest against WFI president Brij Bhushan Sharan Singh, the marathon meeting got underway about 10 p.m. At 1.45 am, the wrestlers departed Thakur’s home without speaking to the waiting press outside.

In Gonda, Uttar Pradesh, at the same time, Brij Bhushan Sharan Singh warned the media, “If I talk, a tsunami will come. I have not come here with anyone’s support. I have been voted by the people.” He has also scheduled a news conference for today at 4:00. Brij Bhushan Sharan Singh tweeted an invitation to the media for his press conference. In the tweet, he made a suggestion that he could expose “who is behind the conspiracy.”