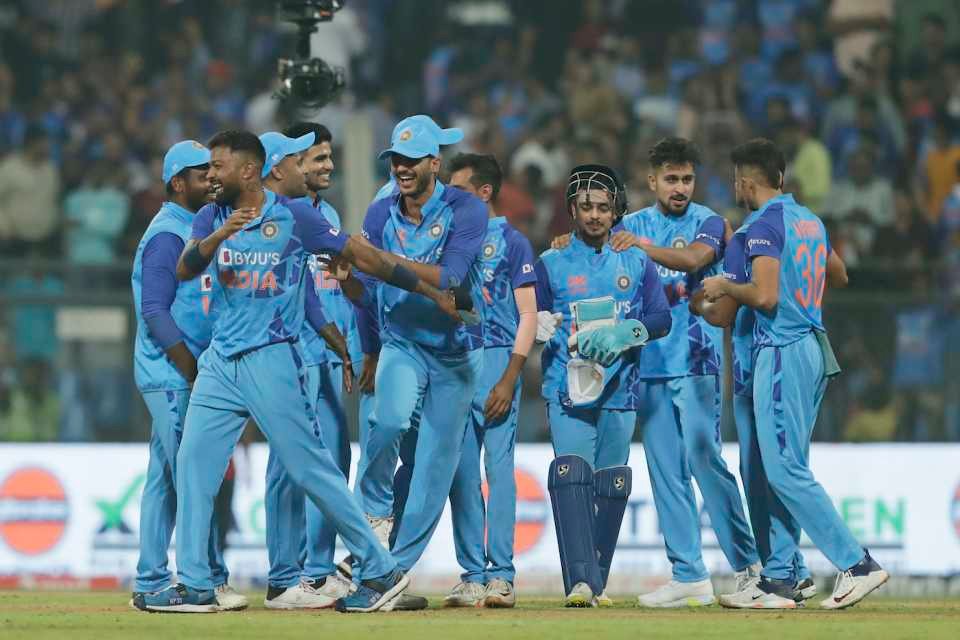 Yesterday (January 07), India and Sri Lanka played the third and final T20 encounter of this series at the Saurashtra Cricket Association Stadium in Rajkot. Team India won the opening T20 encounter by a dramatic two runs, led by skipper Hardik Pandya. Sri Lanka won the second game by 16 runs. In such a case, the third match regarded as the series’ finale. The third and final T20 International game between India and Sri Lanka was played on Saturday, December 7, at Rajkot, Gujarat, where Suryakumar Yadav had a blistering century inning.

Let us tell you that In just 45 balls, he scored his century. Suryakumar Yadav scored 112 runs in 51 balls while batting first, hitting 7 fours and 9 towering sixes. Surya has already scored three international centuries. Team India’s start was poor after winning the toss and choosing to bat first, as Ishan Kishan bowled out after scoring only one run. Rahul Tripathi played a brief cameo of 35 runs in 16 balls before heading back to the pavilion. Following this, Shubman Gill and Suryakumar Yadav carried the innings forward while contributing for 111 runs.

Let us tell you that in the end, skipper Hardik Pandya and newcomer Deepak Hooda were both easily bowled out, but Akshar Patel stood by Surya admirably by hitting 21 runs in just 9 balls. Which led the Team India to a total of 228 runs in the given 20 overs.    Both Sri Lankan spinners Karunaratne and Madhushanka gave more than 50 runs in their four overs. This is India’s second quickest century in this format. In 2017, Rohit Sharma thrashed Sri Lanka with a century in just 35 balls. Surya is the first batter of this type to record three hundred in T20 even without starting the inning. Surya scored 82 runs in just 16 balls with help of 7 fours and 9 towering sixes.

At the same time, Sri Lanka started striving to accomplish the target, but the squad struggled after losing three wickets in quick succession in the fifth, sixth, and seventh overs. In the tenth over, four Sri Lankan batter returned to pavalion. India made the first inroad to to Akshar Patel, and Sri Lanka ultimately lost by 91 runs. As India scored a massive 228 runs, Sri Lanka’s defeat was predetermined by their top-order failure, which occurred as half the squad returned in the 12th over. Additionally, Suryakumar Yadav received “Man of the Match” award and Axar Patel was given the Man of the series award.