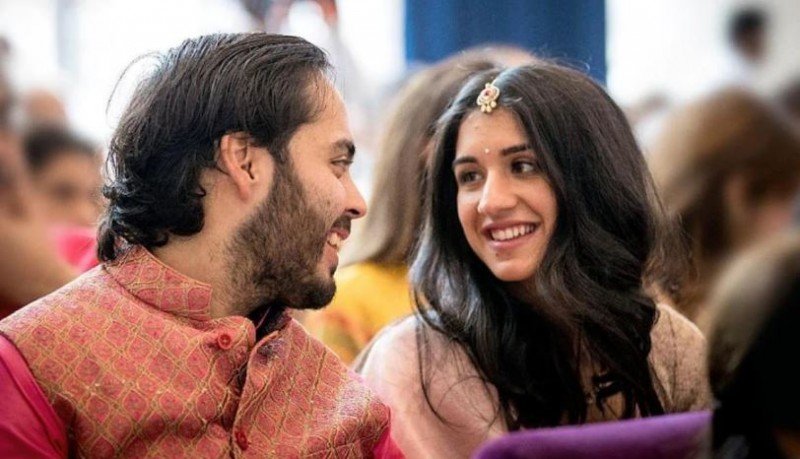 The Ambani family is having a celebratory mood. Self-satisfaction now looks somewhat like this. The younger son of business moguls Mukesh and Nita Ambani, Anant Ambani, has completed Roka. Both of them will marry very soon. The couple’s Roka ceremony’s first image has hit the web. Their ceremony was held in Rajasthan’s Shrinathji Temple.

Let us tell you that the date of Anant and Radhika’s wedding is yet unknown. Radhika and Anant had been friends for a long time. Almost every Ambani family event has involved Radhika. Radhika will very soon join the Ambani family as the younger daughter-in-law. She is the daughter of Viren and Shaila Merchant. Her father is the CEO of Encore Healthcare. Viren, Radhika’s father, is one of India’s billionaires. Radhika completed her education in Mumbai. She then travelled to New York to pursue her further studies. She studied economics and politics there. She joined the Isprava team in 2017 as a sales executive upon graduation. She enjoys swimming, hiking, and reading.

Radhika has a stunning beauty. Anant and Radhika have been friends since they were kids. In 2018, a photo of Radhika and Anant together became viral. Both appeared in the photo wearing identical green clothing. Radhika is a popular classical Indian dancer. The Arangetram ceremony for Radhika Merchant, the Ambani family’s future daughter-in-law, was held in June 2022. Which was attended by numerous Bollywood celebrities.