PM Modi fiercely praised Indore, said- Not only of cleanliness but Indore is the capital of flavours 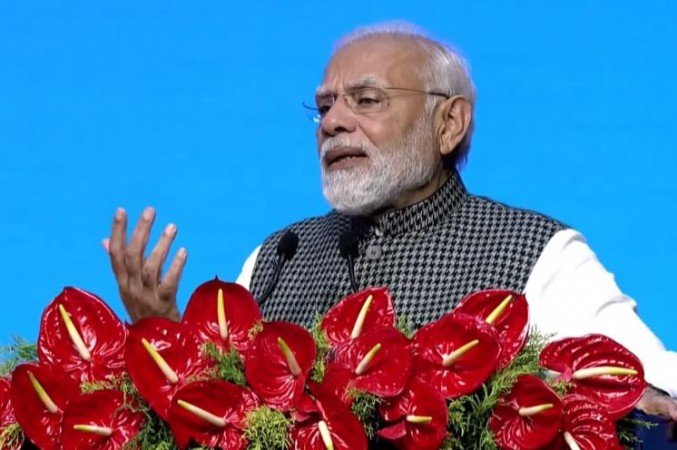 Many great and big leaders of the country arrived in Indore on the very first day of Pravasi Bharatiya Sammelan and were greatly welcomed here. The 17th Pravasi Bharatiya Sammelan is currently in its second day in Indore, the main city and financial hub of Madhya Pradesh. PM Narendra Modi arrived in Indore later than expected due to poor weather. After greeting Guyanese President Mohammed Irfan Ali and Suriname President Chandrika Prasad Santokhi, PM Modi entered the Grand Hall of the Brilliant Convention Center and walked to the stage with the sounds of “Modi-Modi” chants.

Let us tell you that In his speech, Prime Minister Modi wished everyone a prosperous new year 2023. This convention is being held once again in its original form and splendour after four years. Meeting the loved ones in real has a distinct level of importance and joy. According to PM Modi, there are many things in Madhya Pradesh that will make your trip memorable, including the Maa Narmada River, the forest, and tribal customs. In Ujjain, the majestic Mahakal Lok has also been opened for everyone. You all travel there to seek Baba Mahakal’s blessings.

PM Modi praised Indore and said it is extremely magnificent. People often refer to Indore as a city, but I prefer to think of it as a period. This is the historical period that advances society while preserving its cultural heritage. In the entire globe, Indore is amazing. Whoever saw it had their mouths watering at the thought of Indori Namkeen, Sabudana Khichdi, Kachori, Samosas, and Shikanji. The person who tasted them didn’t go looking elsewhere. Bullion is significant at 56 Shop in addition to being well-known. Because of this, people refer to Indore as the cleanest and capital of flavour. After leaving this place, neither you nor anybody else in your home country will forget what you experienced here.