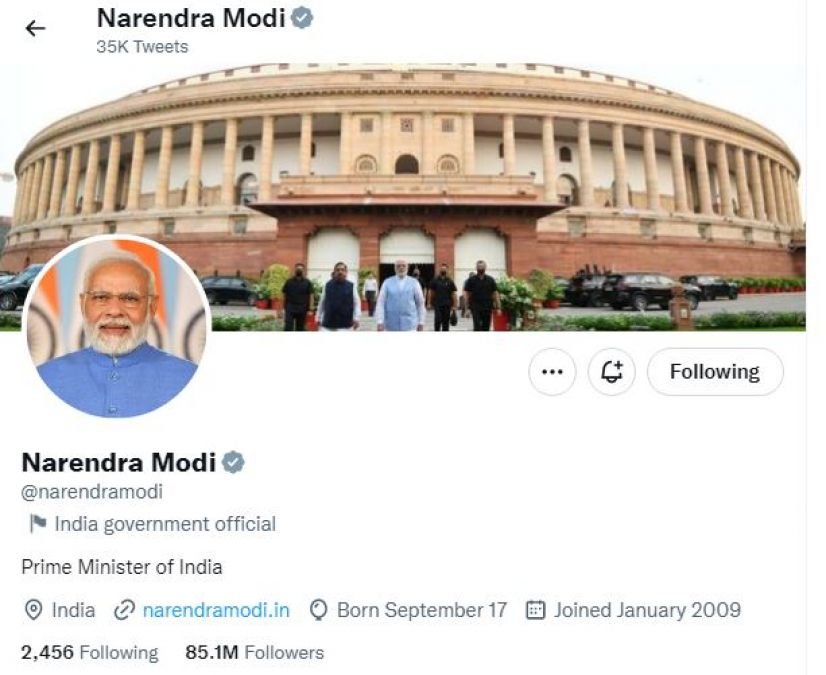 After taking over Twitter, Elon Musk has made a significant number of alterations. Recently, Elon Musk unveiled the Twitter Blue membership option. Along with this, there are 3 more colours available for the tick. Before, simply a blue tick was provided. This change’s impact can also be seen. Narendra Modi, the Indian Prime Minister, no longer has a blue tick next to his Twitter username.

This does not, however, imply that their handle is not authentic. A Tick of a grey colour is now visible in front of PM Modi’s name. Below the account handle, the tag of an Indian government official is also discernible in grey. Under the new verification methodology, this modification is being made. The blue tick has also been deleted from the accounts of Union Home Ministers Amit Shah, Nitin Gadkari, and Piyush Goyal, in addition to India’s Prime Minister Narendra Modi. A grey coloured tick will now appear next to their name. The business had already stated that only those connected to the government would receive the grey tick.

The Chief Ministers of the states are yet to receive the grey tick. Furthermore, it is unclear whether or not the handles of the opposition leaders in India will have a grey tick. Last week, the corporation modified its policy. The business accounts will receive the gold tick as a result. While common users will receive a blue tick after signing up for a blue tick membership. The conpany is gradually introducing this feature. That is, grey ticks will start to show up in other accounts in the near future.