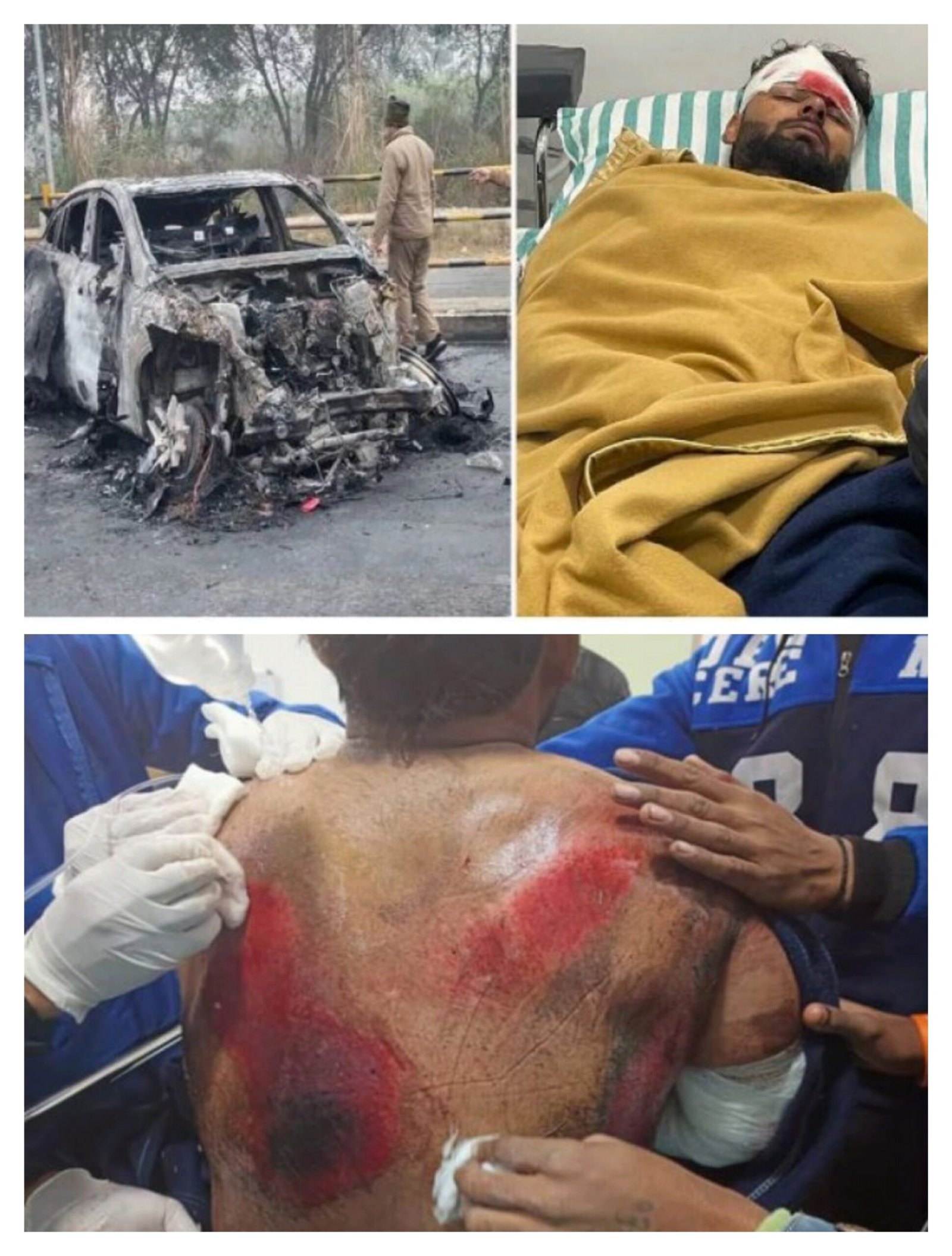 New Delhi: Today is a day of sad news for the entire world as Pele, one of the greatest football players in history, passed away due to sickness earlier, and later the mother of the Indian Prime Minister also passed away after complaining of breathing issues. Rishabh Pant, the fiery wicket-keeper batsman for Team India, was involved in a serious accident in his car on the way back from Delhi, which is now another terrible development. Near Hammadpur Jhal on the Roorkee-Narsan border, his car was damaged in an accident. Rishabh has been sent in serious condition to Delhi. There will be his plastic surgical procedure performed. Umesh Kumar, a Khanpur MLA, arrived at the hospital to inquire about the patient’s condition.

Doctors have confirmed that Rishabh Pant has wounds on his forehead and leg. Dehat Swapna Kishore Singh, the superintendent of police, arrived at the scene after learning about the accident. Rishabh Pant’s status is currently stable, according to Dr. Sushil Nagar, director of Saksham Hospital, and he is being moved from Roorkee to Delhi. There will be his plastic surgery performed. Witnesses said that Rishabh’s car struck the guardrail before catching fire. It was quite tough to douse the flames. At the same time, Rishabh Pant, who suffered significant injuries in the collision, was taken into the Delhi Road Saksham Hospital.

Rishabh Pant was driving from Delhi to Roorkee on Friday morning, December 30. Inform everyone that Rishabh Pant lives in Roorkee. His car lost control and toppled when it got to Narsan Town, damaging poles and railings in the process. His car then caught fire. At that point, both the police and the townspeople had arrived at the scene. The fire department got the info. When the fire brigade vehicle arrived, they extinguished the flames.

Rishabh Pant, an Indian cricket player, was taken to Saksham Hospital on Delhi Road at the same time. He has being directed to Delhi from this location. The Mercedes’ licence plate is DL 10 CN 1717. Additionally, it was reported that some cash had been taken by the locals from Rishabh’s automobile at the scene of the accident. In reality, several rupees were left on the scene following the tragedy.