Ind vs NZ: Blistering start from India’s openers, gave massive target of 386 runs for the visitors 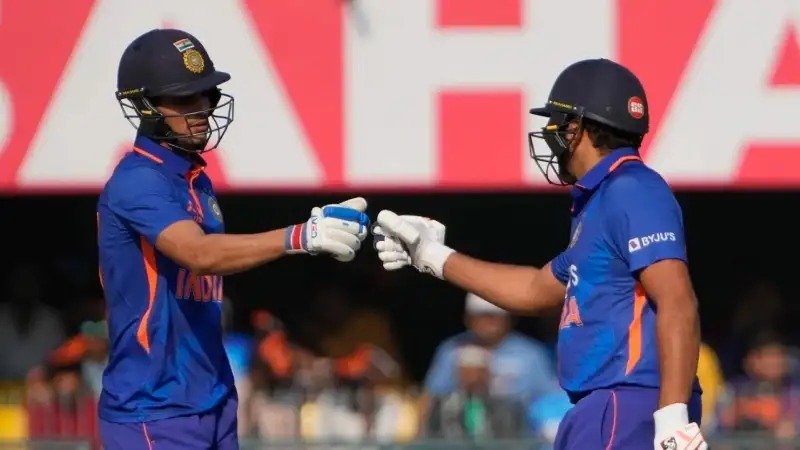 The Holkar Cricket Stadium in Indore is the venue of the third and final game in the three-match ODI series between the Indian side and NZ. Tom Latham, the captain of New Zealand, has won the toss and chosen to bowl first. The Indian team would defeat New Zealand 3-0 in the series if they win this game. The first ODI in this series was played at Hyderabad, where the Indian side thrillingly conquered by 12 runs. Shubman Gill opened the game with a double-century inning of 208 runs. In contrast, the Indian side won the second ODI played in Raipur by an impressive 8 wickets.

Let us tell you that Before this series against Kiwis, the Indian squad had only won one of the previous ten one-day internationals. The Indian squad has lost six games as a result of this. Three of the matches were not decided. After striking a century, the same Indian opener Shubman Gill got out. In this match, he scored 112 runs in 78 balls. Gill’s ODI career’s fourth century was accomplished in just 72 balls. In his innings, Gill has hit 13 fours and 5 towering sixes.

Rohit Sharma, the captain of India, bowled out just after going for a century. When Rohit went to hit a huge shot on spinner Michael Bracewell’s delivery, he was clean bowled. He scored 101 runs on 85 balls in this inning including 9 fours and 6 towering sixes. Let us tell you that at the time of writing the news Team India’s inning of 50 overs was completed. At the end, Hardik Pandya gave a good finishing touch along with Shardul Thakur and India made a huge score of 385 runs for the loss of 9 wickets in 50 overs.