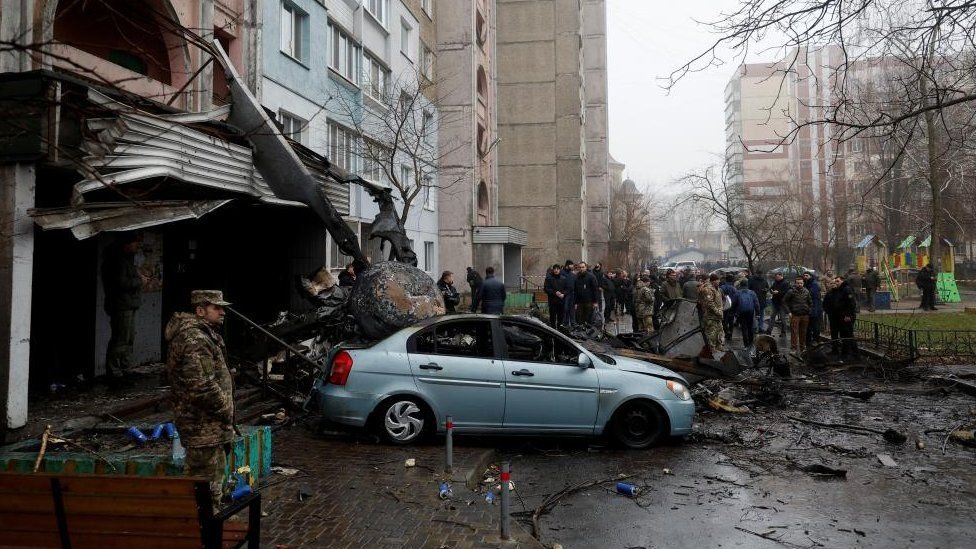 A terrible incident has occurred close to Kyiv, the Ukrainian capital. Here, a chopper crashed after colliding with the building. Three ministers, including Ukraine’s interior minister, lost their lives in the incident. There have reportedly been 16 fatalities, including two children. There were 9 passengers in all in the chopper. After arriving at the scene, the Ukrainian police-administration started conducting relief and rescue services. In addition, 22 persons, including 10 children, were hurt in the incident. The injured people have been taken into the closest hospital for medical intervention.

Let us tell you that there were several residential buildings close to Kyiv where this helicopter crashed. The number of fatalities is therefore predicted to rise. According to a report, Denis Monastirsky, the interior minister (home minister) of Ukraine, also died in this incident. In the nearby Ukrainian city of Brovary, the accident took place.

Ihor Klemenko, the head of the Ukrainian police, told Politico that the accident claimed the lives of three ministers of the Ukrainian government. Denis Monastirsky, the interior minister of Ukraine, Yevren Yesenin, the first deputy, as well as Yuri Lubkovic, the state secretary, are among victims. Oleksiy Kuleba, the governor of Kyiv, stated on social media that there were staff members and students in the kindergarten when the disaster occurred. Kuleba added that 22 persons were hurt in this incident as well. including ten kids. At this time, it’s unclear what caused the incident.