Bad news for Indian cricket fans, KL Rahul got injured ahead of 2nd Test against Bangladesh 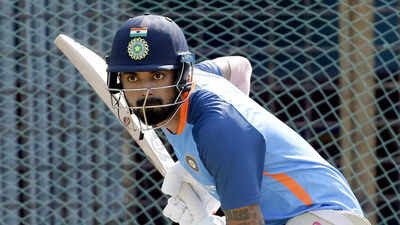 Team India hasn’t overcome from the injury of their all firmat captain Rohil Sharma and they have got another big blow. The timer has begun for the second Test match between Bangladesh and Team India. But before that, Team India appears to be under a double threat. The captain KL Rahul’s ailment is thought to be the cause of this two-pronged problem. KL Rahul reportedly suffered a hand injury while batting practise in the nets, according to press reports coming out of Mirpur. This injury has caused an issue in front of India. The reason for this is that they must have to win this Test against Bangladesh in view of Test championship top two teams.

KL Rahul’s injury is not critical, according to information given by Team India’s batting coach Vikram Rathour. However, he was unsure of Rahul’s readiness for the follow-up test. India would have to deal with the dual issues of the captaincy and the opening combination if Rahul is unable to participate in the 2nd Test because of an injury.

Rahul was injured while practising his shots in the nets. His hand was injured. The most recent information regarding Rahul following the injury has been provided by Team India’s batting coach Vikram Rathor. Rahul is currently looking better, according to Vikram Rathore. Hope everything will be fine. He is currently being watched over by a medical professional. We hope he will be ready for the 2nd Test.