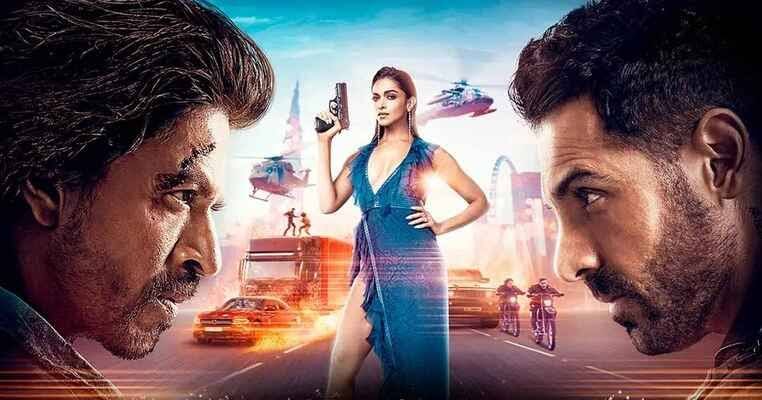 It is expected that Shahrukh Khan’s action film can make strong earnings on the opening day and on the first 5 days of the long weekend.

All eyes are on Shah Rukh Khan’s comeback film ‘Pathaan’ eagerly waiting 25th Jan. It is expected that the film Pathan can earn tremendously at the box office.

Talking about Pathan, I ​​want to say “As we all know, Shah Rukh Khan is returning to the screen after four years with a high-octane action entertainer. People are talking about the film.” Since it is the first major release of 2023, all eyes are on it. Talking about advance booking so It started in full swing on 20 January and more than 5 lakh tickets were sold on the first day itself. More than 2 lakh tickets sold across top 3 multiplex chains, PVR, INOX and Cinepolis. On the spectacular advance booking of tickets, It proves that people only want to watch big entertainment on the big screen.
Advance ticket booking has instilled a sense of confidence in the entire Hindi film fraternity, which was struggling in 2022 while facing stiff competition from global cinema and films from South India.
Pathan is the best that Hindi films can offer right now. It stars a star cast of Shah Rukh, Deepika Padukone, John Abraham, directed by Siddharth Anand and backed by Yash Raj Films. I expects the film’s opening day collection to be between Rs 40-45 crore.

Pathan’s glory will not be limited to just its first day in theatres. I am confident that it will witness some record-breaking collections in its 5-day long weekend. I suggested that the film would earn Rs 175-180 crore in the domestic market in the first five days and easily collect Rs 300 crore in hindi belt.Yash Raj Films, which could not deliver a hit last year, will “bounce back this year”. So, be it the Tiger movie or the Dhoom franchise or War, it is one genre that YRF has always taken up. So, with a director like Siddharth he will deliver a hit. However, Pathan’s team has not promoted the film in a traditional way. So, will it matter? The moment an actor opens mouth, and gives an opinion, boycott calls start, controversies start.YRF has promoted the film “cleverly” and according to him, even the controversy surrounding its song “Besharam Rang” has raised awareness about the film.

Take a look at the numbers below: